The Law Office of Robert Le helps individuals understand consumer protection laws and when it’s time to seek help. Defective products, unfair sales, unjustified fees and elder abuse. For many, it can be difficult to understand what’s happening and know what your rights are. An experienced and hardworking lawyer on your side is invaluable when seeking just compensation. 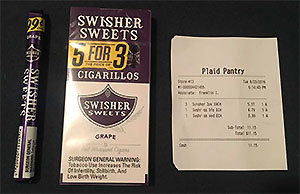 After regular visits to his neighborhood convenience store, our client noticed that the packaging on the price of a pack of cigarillos, was different than if he bought just one. The packaging of a 5-pack of cigarillos said “5 for the price of 3” – which our client claims was misleading because a 5-pack costs $4.79, but a single cigarillo would only cost $.99. This consumer law case was filed by our firm on behalf of our client and all consumers affected in the state of Oregon. (Case pending.)

HOLDING CORPORATIONS ACCOUNTABLE | WASCO COUNTY OREGON CASE, No:. 14CV06117, against 21st Mortgage Corporation, a Berkshire Hathaway Company
Robert Le joined the legal team on a case that was initially filed by Attorney Michael Fuller. They defended a married couple against a corporation’s willful and malicious use of unlawful collection tactics, including repeatedly calling them at home and work every day, using abusive language that attacked their family values and parenting skills. Additional tactics included calling and harassing co-workers and even lying about potential consequences if the couple didn’t comply, creating a false sense of urgency. These illegal actions resulted in the couple suffering damages in the form of time spent, attorney’s fees, and emotional distress. Because of the hard work they were able to hold this corporation accountable.

DENIAL OF INSURANCE | ELDER ADVOCACY WITH INSURANCE STALL TACTICS | MULTNOMAH CASE, No.: 1304-0538, against Allstate (Under Insured Motorist)
When an insurance company made it difficult for an elderly man who spoke no English to receive benefits under his policy by delaying, denying, and defending their position for as long as possible, it forced him into bankruptcy. The insurance company did everything it could to make it difficult for him to comply with their many requests, forcing him into litigation even though his policy limits were quite low. It took a disproportionate amount of time to pursue this case, due to the insurance company’s stall tactics. After spending thousands of dollars in cost and hard work, they tendered their limits.

UNFAIR DEPOSIT & REPAIR CHARGES | MULTNOMAH COUNTY CASE, No.: 14CV13191, against Hunt Pacific Management Corporation, Enrique Apartment Company
Client was from a minority group, living in the United State for less than 5 years. He rented an apartment with the defendants. Upon moving out, they not only kept his full deposit, but demanded additional money for replacing carpets and painting. Luckily, with the advice of a friend, he kept good videos before leaving the apartment. Before the suit was filed client tried to work with apartment staff, but no luck. The company even sent the bill to collection. When he brought up bringing legal action, they reminded him, that if he lost, he would have to pay the corporation attorney fees. The threats caused client lots of frustration and anxiety, but he wanted to speak. We helped him. We filed and litigated the case. The deposit was refunded and all fees and cost were paid.