A life can change in a matter of seconds. After a serious injury, victims are left to deal with complicated insurance claims, recovery, sometimes permanent disability, lost wages, medical bills and more. For many it can be overwhelming. Our team has a proven case record of helping victims find resolution. 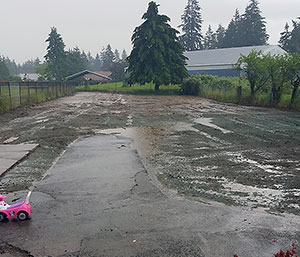 HOME’S YARD SATURATED WITH LEAD | MULTNOMAH COUNTY CASE, No.: 16CV29450
This case was filed on behalf of parents of a toddler, whose blood tested with lead more than twice the acceptable level, while they were renting a home in Southeast Portland. The EPA later tested the yard and found dirt that had 280 times the acceptable level of lead in at least one area. The case claims that the former landlord knew this and knowingly exposed the family. Read more about the case from The Oregonian/OregonLive: Parents of baby discover rental home’s yard saturated with lead, sue for $1.3 million. (Case pending.)

T-BONED BY SHERIFF’S DEPUTY
Our firm represented a woman who was t-boned by a Multnomah County Sheriff’s deputy who ran a red light without lights or sirens blaring. Even though she was able to walk away from the accident, now, several years later, she still experiences pain. Our case, brought to a jury trial, fought to prove her word against a major government organization. A 12-person jury awarded our client compensation for injuries she experienced from the accident. Read more about the case from The Oregonian/OregonLive: Multnomah County balks at $415K award for woman T-boned by deputy who ran red light.

DOCTOR’S BILLS & LEGAL FEES COVERED | MULTNOMAH COUNTY CASE, No.:1304-05040, against Progressive Insurance company
The firm represented a client entitled to personal injury protection benefits after being struck by a motor vehicle and sustained personal injuries. After receiving appropriate medical care his expenses were submitted for payment under his personal injury protection coverage, but not all payments were made. Afterward his coverage was cut off even though his physician concluded that the additional treatment was reasonable and necessary. Our team defended our client’s rights by obtaining economic reimbursement for all unpaid medical benefits, and covering all legal fees.

UNDERSTANDING RIGHTS WITH PERSONAL INJURY PROTECTION | MULTNOMAH COUNTY CASE No.:1403-02815, against USAA Insurance Company
Client was involved in a crash that totaled her car by a negligent driver. In Oregon, each driver’s own insurance policy, provides for PIP (Personal Injury Protection) coverage. PIP is required under Oregon law to pay for medical bills. After several months of seeking medical care, USAA hired a questionable chiropractor to do a file review, with no physical exam. Upon the file review, client’s benefits were cut off and medical bills were denied, claiming they were unreasonable and unnecessary. Our client happened to be a medical doctor, and the victim in this case. We filed the case and soon after, all bills, fees and costs were paid.